Have a question? Need help? Give us a call at one of our phone numbers below or fill out the form and we’ll get a hold of you.

SERVICES our extensive combined experience allows us to directly identify problems early.
Most all lakes and ponds will benefit enormously from aeration. In fact, aeration is the one expense that can make the most improvement in the appearance and productivity of a lake or pond. However, property owners are confused about which type of aeration is most suitable and cost-effective for their situation. This summary provides some basics to help you decide which system you prefer. More detailed information will be provided in additional articles about specific systems.
Go To Faq's Pond Assessment

the importance of oxygen

Dissolved oxygen is critical for plant and animal respiration and problems develop when it is limited. Oxygen is absorbed into lakes and ponds through diffusion of air at the water surface and from green plants, through photosynthesis. Diffusion at the water/air interface is greatly increased by moving water, ripples and splashing. Most oxygen supplied by plants comes from microscopic plankton, filamentous algae and submerged rooted plants growing in shallow water.

Lakes and ponds are depleted of oxygen in several ways. No oxygen is produced in water too deep for light penetration. Aquatic plants, including plankton, consume oxygen for respiration at night. Fish and all other aquatic animals are constantly “breathing” oxygen. Multitudes of bacteria consume the most oxygen as they digest organic matter such as dead leaves and tree litter, aquatic animal waste, chemicals and even other bacteria.

Another complicating factor is thermal stratification in lakes. Warm water is less dense than cold water and actually “floats” on top of cold water. Very little mixing occurs between layers and deep lake water is often very low in dissolved oxygen. During the summer aquatic life is restricted to the upper few feet of water or it dies. Without oxygen at the bottom, toxic gases and excess nutrients are released that contribute to nuisance algae, odors and surface films. The entire lake is unattractive, unproductive and problems can be expensive to correct.

We provide aeration design and system installation services to customers across North Carolina. To date, the company has designed and installed more than 1,000 aeration systems including fountains, compressed air diffusers and surface aerators.

Our fountains are “hybrid” devices that provide much of the attractiveness of high-pressure fountains while still circulating large volumes of water through the air where oxygen is absorbed. Recent design improvements provide many spray patterns with high volumes of water being pushed by energy efficient motors. Like surface aerators, the splashing water sound, surface film reduction and optional deep water intake collars add to their popularity. 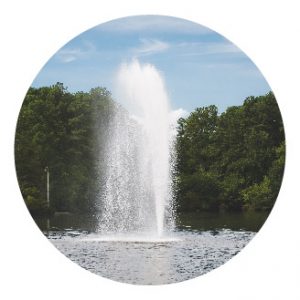 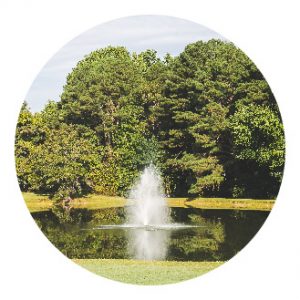 These relatively efficient units use an electric motor suspended beneath a plastic float to push high volumes of lake water a short distance into the air where the water can absorb oxygen. Since the water is pushed only a foot or two into the air, the spray is not as attractive as a fountain. However, much greater volumes of water are circulated.

In addition to exposing large volumes of water to the air, they increase circulation (increasing oxygen diffusing from the air) and break down surface films. Ugly surface films caused by pollen, dust, algae, cyanobacteria, tree litter and insects are pushed to the shoreline by ripples and quickly sink. These units are most often used in shallow lakes and ponds. Some units can be placed in water only 18 inches deep, but they are often used in lakes up to 8 feet deep. Some systems offer optional intake collars that pull deep water to the surface to reduce stratification. 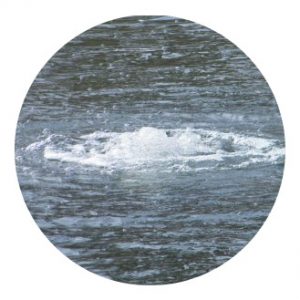 Compressed Air Diffusers: These systems provide up to 3 to 5 times more dissolved oxygen than other methods. A one horsepower motor can circulate 8,000 gallons of water per minute. A properly designed system can eliminate thermal stratification, reduce “muck” accumulation on the bottom, improve water clarity, improve fish production and reduce surface film. Under certain circumstances a one horsepower unit can aerate and de-stratify a 10-acre lake.

The important factor is depth. Special “synergistic airlift diffusers” create rising columns of bubbles that expand as they rise through the water column. Each bubble gets larger and the column of bubbles spreads out pulling vast quantities of water up with them. Oxygen diffuses from the bubbles into the water and more air enters as the surface water is circulated. The surface boil of bubbles (only evidence of aeration in operation) may spread out as much as 100 feet. An on-shore compressor (in a fan-cooled cabinet) provides air to the diffusers via special plastic tubing. Although more efficient in deep water, smaller multiple diffuser units can be used in shallow water. 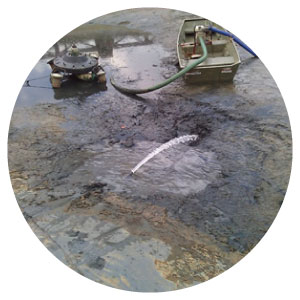